In our summary of Julian Baggini’s book Atheism, we have already covered how to better define atheism, explored his summary of the case for atheism, and even examined how both ethics on the one hand, and meaning and purpose on the other, can be integrated into an atheist worldview.  In this post, we will see how Baggini uses history to advance his case for atheism.

When and why did Atheism emerge in Western history?  To what extent is atheism to blame for the terrors of 20th-century totalitarianism in the Soviet Union, Nazi Germany, Italy, and Spain?  The answer to this first question will bolster the case for atheism, and the answer to the second will weaken objections to it.  Thus our author sets out in this chapter to continue to build his case for atheism by using history. 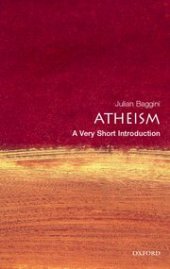 Atheism’s origins can be traced back as far as Ancient Greece, especially when we fully appreciate the connection between naturalism and atheism (see post “”).  If we can think of atheism as a positive belief that only the natural world exists (as opposed to some other world distinct from it like a non-natural or supernatural world), James Thrower’s argument in his book Western Atheism is on target.  Thrower argues that to understand the origins of atheism one must understand the origins of naturalism, which starts with the pre-Socratic Milesian philosophers of the 6th century BCE—Thales, Anaximander, and Anaximenes—who rejected mythological explanations in favor of naturalistic ones.

Baggini also believes “this therefore also marked the point where science began,” although we must make a distinction between this type of science and the more mature and rigorous experimental science we do today.  We might even make the distinction, as does Baggini, between a broader shift towards replacing mythology with rational explanation in general, and the replacement of mythology with science in particular.  Although science grows out of rational explanation, in both cases myth is replaced by rationality.  Rationality includes the use of historical evidence to explain the past as opposed to religious myth, and shouldn’t be confused with the more specific and ambitious movement of 17th century Rationalism-with-a-capital-R.  Atheism can be defined positively as naturalism, and because “naturalism follows from rationalism,” this makes rationalism fundamental to the origins of atheism (77).

A rational account is broadly one which confines itself to reasons, evidence and arguments that are open to scrutiny, assessment, acceptance or rejection, on the basis of principles and facts which are available to all.  An optimally rational account is one in which we don’t have to plug any gaps with speculation, opinion, or any other ungrounded beliefs. (76)

It would be inaccurate to say that atheists only believe in the existence of what can be rationally explained, as is often argued by those who say atheism is overly committed to reason.  There may be good reasons to believe something exists, even if how it exists cannot be fully explained—like consciousness for example.  But when it comes to entities like ghosts, we neither have any good reasons to suppose they exist, nor can we rationally explain how they exist.  At the very least we must have good reasons for supposing something exists to “believe” in it, even if how it exists cannot yet be rationally explained (77).  The alternative to this is to swing the door wide open to let in countless “irrational absurdities” (77).

Atheism is tied to rationalism, but it wasn’t until the Enlightenment that it emerged explicitly as an “avowed belief system” (78).  This is where David Berman’s history of atheism comes in handy, who argues that Baron d’Holbach’s The System of Nature (1770) was the “first unequivocally professed atheist in the Western Tradition” (78).  This is when the task to “present and promulgate a godless world view as an alternative to the religious one” began (79).  The author is careful to admit that a certain naiveté attended the period of Enlightenment concerning the power of reason.  Nevertheless this shift in authority certainly could be viewed as what helped atheism establish itself as an avowed belief system over against a religious one.  Atheism could be considered as “the fruit of the progression to Enlightenment values” (79).

We may have lost some of the Enlightenment’s optimism in the power of reason, but we would certainly not like to go back to a society based on superstition.  And although some may think that we have gone too far in our disrespect of authority, few seriously believe that we should go back to a time when office was inherited, when only the male middle classes were politically enfranchised, or when leading clerics wielded strong political power.  So despite its faults, the Enlightenment has to be seen by any reasonable person as an important stage in the progression of Western society, and its core ideals have triumphed. … Atheism takes the Enlightenment rejection of superstition, hierarchy, and rationally ungrounded authority to what many would see as its logical conclusion.  It certainly fits atheism’s self-image to say that, once we were prepared to look religion in the eye under the cool light of reason, its untruth became self-evident (79).

The author does not claim to have an “air-tight” case here, but says at the very least the emergence of modern atheism during the same historical period as the Enlightenment is difficult to be seen as purely coincidental, and can plausibly be seen as related.  This also helps explain why atheism has come to be defined negatively—the emergence of modern atheism took place in the context of a shift away from religious authority.

The rest of Baggini’s chapter is devoted to basically arguing that atheism per se is not to blame for the atrocities of 20th century totalitarianism.  For example, the most important of these regimes was Nazi Germany, yet in no way was Germany a “straightforwardly atheist state” (84).  Furthermore, the Catholic Church signed a concordat with the Nazi government in 1933 and “the collusion between the Protestant churches and the Nazi régime was even closer, helped by anti-Semitic tradition in German Protestantism” (84).  The fact that pastors like Dietrich Bonhoeffer were radicals in the church for opposing this collusion is an indication that such opposition was not the norm among Protestant churches.  Therefore, the historical fact of such pastors is not reason enough, argues Baggini, for Christians to celebrate.

Although Soviet communism was tied to atheism, it was tied more closely to the philosophy of Karl Marx.  “Communism,” argues Baggini, “is just one atheist belief, and certainly not the most popular one” (87).  The active oppression of religion enacted by Soviet communism was even against the philosophy of Marx since Marx himself believed the way to rid the world of religion was to create a state in which it’s comforts and consolations were no longer needed (87).  Furthermore, the Patriarchate of the Russian Orthodox Church overtly backed Stalin in very specific military initiatives according to historian Michael Bordeaux—such as the suppression of the Hungarian uprising (1956), the erection of the Berlin Wall (1961), and the invasion of Czechoslovakia (1968) and Afghanistan (1979).

In closing the author warns against militant or fundamentalist atheism that seeks to abolish religion by force as a “dangerous” position—just as dangerous as any other form of fundamentalism.  Baggini therefore prefers atheism to be expressed in a secular state rather than an atheist state.

In our next post, we will examine why Baggini thinks that showing flaws in the traditional arguments for the existence of God doesn’t usually convince theists to give up their beliefs.