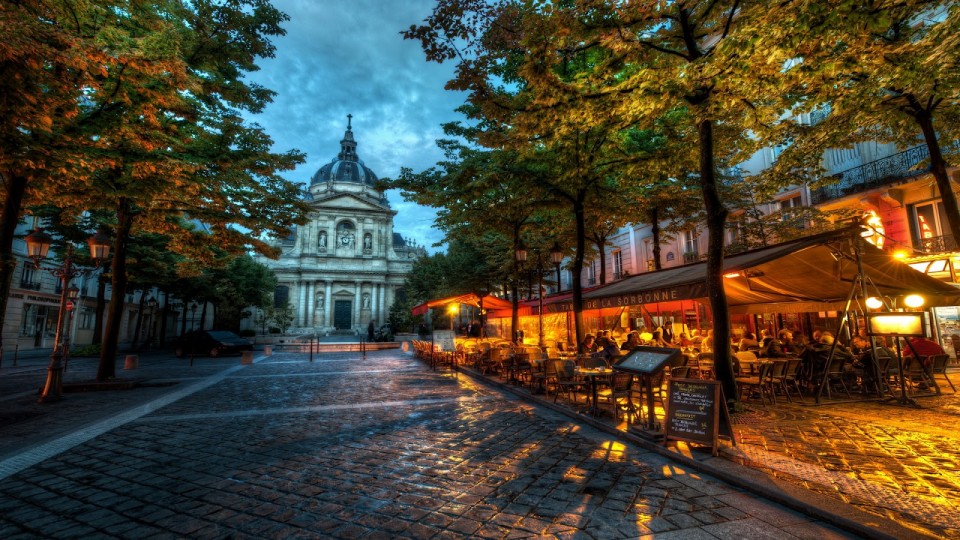 Do Catholics Practice Open Communion? :: The Case of Frère Roger

Do Catholics practice open communion?  In the past, I would’ve answered this with a simple: No.  And perhaps on the local level for many Protestants this is the case.  However, John Armstrong of ACT3 (author of Your Church is Too Small who also recently had an unprecedented ecumenical dialogue with the Archbishop of Chicago which can now be viewed here) has recently written two posts that make the picture more complicated. 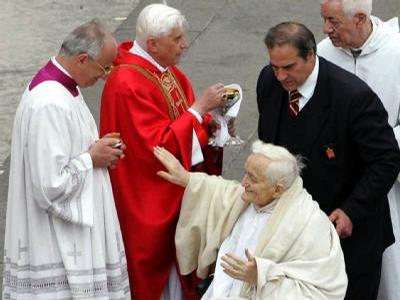 He points to the example of Frère Roger of the Taizé Community, a Protestant until the day of his death who was nevertheless communed by the highest authorities in the Catholic Church for a long time.  I have taken a few excerpts from these posts to give a summary.  The first excerpt comes from his post entitled: “Chicago Taizé: An Event You Should Know About.”

The Taizé Community was begun after World War II by a young Reformed minister by the name of Frère Roger, or Brother Roger as we know his name in English. Roger Louis Schütz-Marsauche (1915-2005) was the ninth and youngest child of Karl Ulrich Schütz, a Reformed pastor from Bachs in the Swiss Lowlands. His mother was Amélie Henriette, a French Protestant from Burgundy (France).

… Today the community has become one of the world’s most important sites of Christian pilgrimage. Over 100,000 young people from around the world make pilgrimages to Taizé each year for prayer, Bible study, sharing, and communal work. Through the community’s ecumenical outlook, they are encouraged to live in the spirit of kindness, simplicity and reconciliation. Some of you know about Taizé because of hymns and simple songs that you use in worship or you have attended a unique Taizé service.

In his following post, “The Life and Witness of Brother Roger: An Icon of Love and Unity,” Armstrong points out something that both surprised and delighted me when I first discovered it.

I wrote in my book, Your Church Is Too Small, of Cardinal Ratzinger serving the Eucharist to Brother Roger at the funeral Mass of John Paul II. I have had a number of responses to this statement, many claiming that Cardinal Ratzinger was “caught off guard” when Brother Roger was wheeled forward to the altar areaafter the service had already begun. With him very near the bishops there was a sense that they had to serve him the Eucharist rather than create offense. I have asked members of the Taizé community about the facts of this case and I am persuaded that I now know the truth.

The answer as follows. Brother Roger went to Rome for the funeral but did not plan to go when the day of the service came because he had arisen that morning so weak and tired. He was even late in arriving. Because he was so widely known and loved he was wheeled forward to a place where the cardinals were near to the altar. When the time came to distribute the sacred meal it is true that there was little choice but to serve Brother Roger. But what those who insist that a Protestant minister could not be communed fail to realize is that this was gladly done because it had been done for many yearsbefore this Mass seen by millions of viewers the world over. Brother Roger did not force anyone’s hand in the matter. He did not create a problem. He was placed there, by Catholic leaders, out of love. He would not have been there in the first place had others not have taken him there. But the simple fact is that he acknowledged the real presence of Christ in the Eucharist, remained a Protestant minister his entire life and was routinely communed by Catholic priests, including the last two Popes.

In an unusual way Brother Roger was an icon and Taizé remains an iconic community of love and unity. This is one of the many reasons I encourage you to learn more about this remarkable mission. It is also why I encourage you, if you are between 18-35 years of age, to attend the Memorial Day Taizé conference at DePaul University.